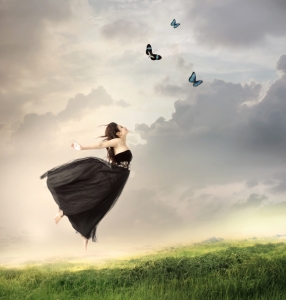 Lucid dreamers make some pretty remarkable claims and we are only going to list a few for you today, but if you have had lucid dreams please share them in the comment section.

One woman began lucid dreaming in high school and used lucid dreams as a way to problem solve from everyday issues to school work. She continued this practice through medical school and even as a surgeon today who is able to complete a surgery more accurately and on average 40% quicker than her peers. Another person reports that he used lucid dreaming to perfect his defense skills as a black belt and was able to earn his instructing certification in less than a year. Many reports often come from children, one in particular that could recall lucid dreams from the age of five, the dream consisted of flying around the world in a rocket ship made out of a garbage can. The bottom of the garbage can was glass so that he could see everything below while flying and when it was time to land he was aware that he didn’t have proper landing gear, so he just simply said time to wake up right before impact.

Lucid dreaming is even being used as a therapy to help people overcome their fears and nightmares. The idea is that if you know that you are dreaming then the next logical step is to realize nothing in that dream can physically hurt you. No matter how scary a nightmare may be, if you are able to realize that it is just a dream than you should be able to conquer that fear. Many people have reported that after facing their fears or monsters in their nightmares through lucid dreaming that they transform into friendly creatures and even friends.

Even more recently new technology is allowing more possibilities than we thought possible, such as Daniel Oldis, a software engineer who has invented an EEG headband called the Zeo. The Zeo consists of a little red light bulb, internet connection, and programmed to connect with other users for what he calls “social dreaming”. This works by connecting two people in different locations in the world that are wearing the Zeo headband to bed, and it begins to collect brainwave data that it sends to a computer. When Zeo detects that both people have entered into REM sleep the light turns on and cues the sleepers to incorporate the light into their dream, hopefully without waking them, in an attempt that they realize that they’re in a dream and from there they can try to join in each others dreams.